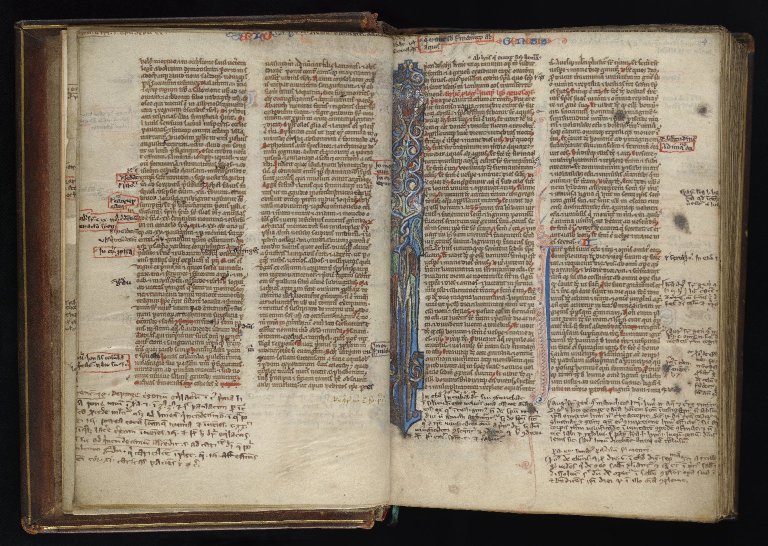 Probably one of the many small Parisian Bibles of the period. The first mark of ownership is the record of the gift of the book to the library by Humphrey Wanley, sub-librarian at the Bodleian, 11 December 1696.