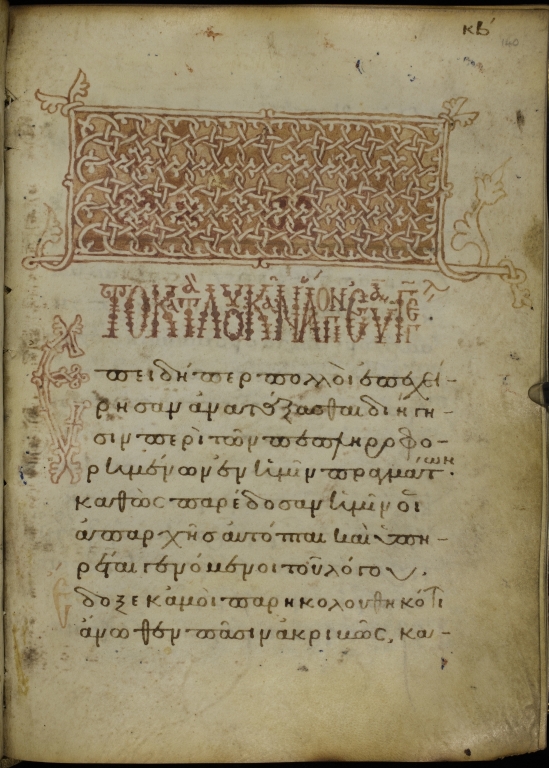 The entire MS has gold leaf head, tail and fore-edge. The Inside Upper and Lower Boards have marbled paper which appears to have been stuck on between those and the first and last fly leaves.

Binding: Later, Western binding based on greaves along spine and raised outside upper and lower boards (leaves are not flush with binding edge). Evidence suggests MS 220 has been rebound since original writing. Quire markings are frequently cut off at the head or tail of leaves, suggesting a later reduction in size. Older pencil folio count is also often partially cut off at the fore-edge. Quire δ' has been mistakenly placed between quires μδ' and με', and runs from 312 to 319. Quire μβ' is a later interpolation, replacing a possibly damaged original. The hand is a later imitation of the original in black ink, and the text matches perfectly what should be there, although line count is inconsistent both internally and with the rest of the manuscript. The quality of parchment is vastly inferior to the rest and features copious worm marks.

Description created by Tom Chambers and Kishan Mistry in 2019, and keyed into ArchivesSpace by Aline Brodin in May 2020.