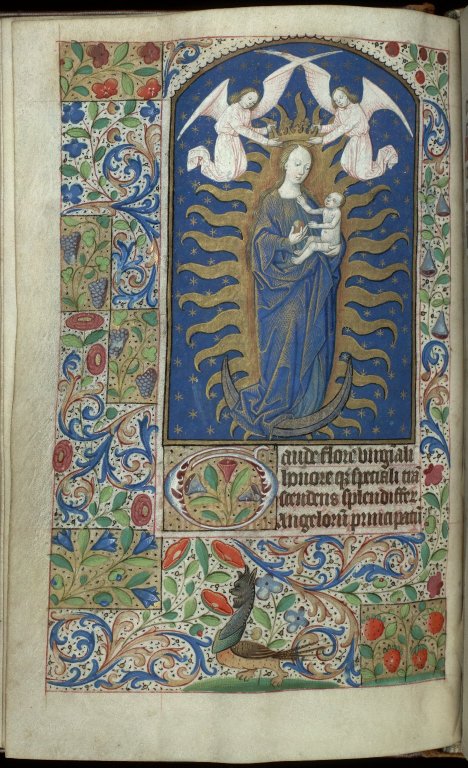 External evidence shows the manuscript to be of North French execution, possibly from Rouen or its proximity; its contents, however, notably the Kalendar, Litany and Suffrages, are fundamentally English with strong French influences, and the Kalendar has a number of Scottish names. The Hours are according to the Sarum Use. One may conclude that the book was executed in France for a Scottish owner.
It was bound and presented to the library by George Mosman, Stationer, 16 July 1692.

Existence and Location of Copies