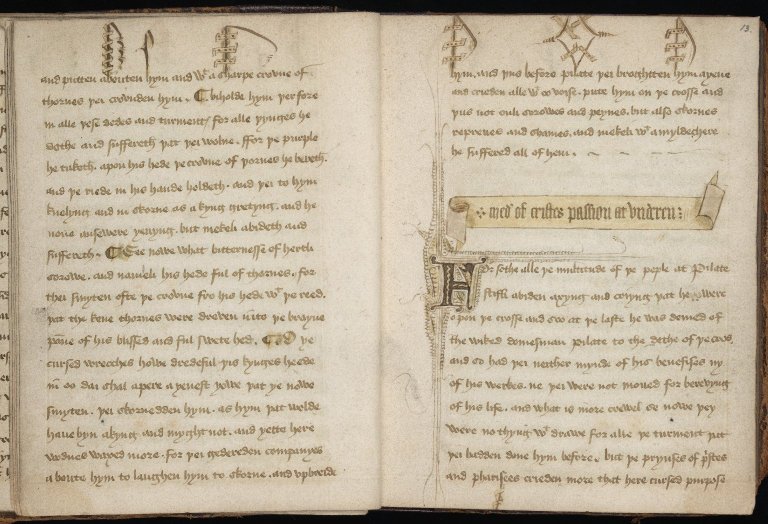 This translation is in a Sourthern English dialect, although there is no further indication of the origin nor early provinence of the manuscript. The earliest mark of ownership the book-plate of Thomas Dawson. Cat. H. A. W. is written in a modern hand on the same book-plate. These are the initials of H. A. Wilson, Secretary of the Henry Bradshaw Society. There is a label with the number 318 on the front board.

Title given to the manuscript in Catherine Borland’s catalogue: Meditations on the Passion [S. Bonaventura].